Normanton’s admission … symbolised the end of women’s formal discrimination. It was a ground breaking step and her fortitude in remaining in practice despite the negative narrative that grew up around her and the constant allegations of self-publicity demonstrate her resolve in opening up the bar to women, not just by one landmark admission to an Inn of Court, but by a continuing personal sacrifice to break down discrimination against women at the Bar.
Judith Bourne 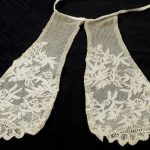 While Normanton was not the first women to be called to the Bar, that honour went to Ivy Williams in May 1922, she was the first woman to be briefed in both the High Court and the Central Criminal Court and she was, with Rose Heilbron, one of the two first women King’s Counsels in 1949.

The full version of this landmark is written by Judith Bourne.