Protection of Life During Pregnancy Act 2013

The PLDPA is unsatisfactory, insufficient, and ineffective. But it is still a landmark for women. It was the first time that the Irish parliament gave effect to the (very limited) constitutional right to access abortion. The fact that this right had lain effectively unusable for more than 30 years had not only made it more or less illusory but also hidden in plain sight the true scale of its restrictiveness.

Ireland, one of the world’s most restrictive abortion law regimes, permits abortion only where there is a “real and substantial risk” to the pregnant woman’s life and recognises “the right to life of the unborn” in Article 40.3.3 of the Constitution (the 8th Amendment). The combination of the Constitution, very conservative medical and legal professions, case law that resulted in an extremely restrictive interpretation of the 8th Amendment, and a political establishment seemingly unwilling to acknowledge or tackle the harms done by a lack of access to abortion care means that pregnant people who do not wish to continue with their pregnancies in Ireland have very few options.

The Protection of Life During Pregnancy Act 2013 provides for abortion where medical practitioners certify “in good faith” that there is a real and substantial risk to the pregnant woman’s life, and that it is their reasonable opinion that this can only be averted by terminating the pregnancy. “Reasonable opinion” is defined as “an opinion formed in good faith which has regard to the need to preserve unborn human life as far as practicable” (s.s. 7(1)(a)(ii), 8(1)(b), 9(1)(a)(ii)). If the risk to the pregnant woman’s life emanates from a physical illness two medical practitioners must certify to this, if it emanates from a risk of suicide three practitioners must so certify. In an emergency a single medical practitioner must certify that is it is her reasonable opinion that an abortion is “immediately necessary in order to save the life of the woman” (s. 8(1)(b)). 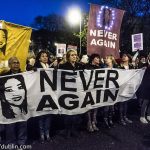 About Ten Thousand People Attended A Rally In Dublin In Memory Of Savita Halappanavar by William Murphy [CC BY-SA 2.0 (https://creativecommons.org/licenses/by-sa/2.0/)] 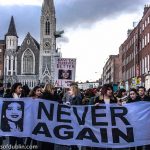 About Ten Thousand People Attended A Rally In Dublin In Memory Of Savita Halappanavar by William Murphy [CC BY-SA 2.0 (https://creativecommons.org/licenses/by-sa/2.0/)]

Should a woman wish to challenge a refusal to provide her with abortion care: she can apply for the decision to be reviewed either by two doctors (where she claims there is a risk to life from physical illness), or by three (where the risk is said to be one of suicide), and that panel should decide within ten days of the review request having been made.

The full version of this landmark is written by Fiona de Londras.

Fiona de Londras, ‘This is Why Repeal Matters’ https://fionadelondras.com/2017/10/20/this-is-why-repeal-matters/

The Guardian News and Media Ltd., ‘Pregnant Women Face Abortion Ban in Ireland Even if They’re a Suicide Risk’ https://www.theguardian.com/world/2014/aug/07/pregnant-women-ireland-abortion-ban-suicide?view=classic